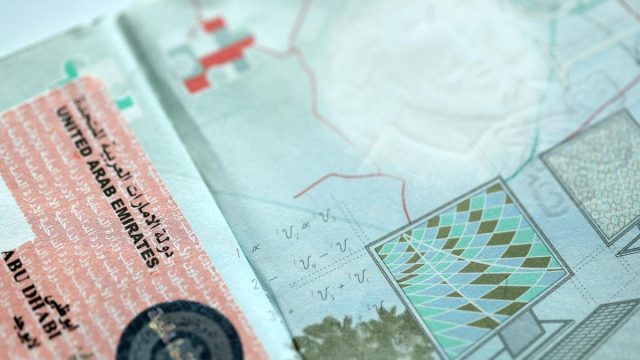 Expats already working in the UAE will not yet require a criminal background check to change jobs and secure a new employment visa, immigration officials have said. As of February 4, the government will require those moving to the UAE to work to produce a new document: a ‘good conduct and behaviour certificate’ or police clearance letter. 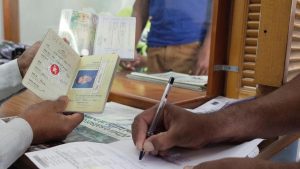 The term varies between countries but it must be proof that you have never committed a criminal offence. The move marks one of the most significant changes to the UAE’s visa system and has resulted in a flood of queries to the authorities and expats’ home embassies.

Immigration officials confirmed to The National that the system is principally aimed at ensuring all new residents have no criminal history – and that expats already on a visa will not have to seek a background check if they move on to another company.

But they could not rule expats needing the document in the near future, immigration officials and industry figures said. Toby Simpson, a director at The Gulf Recruitment Group, said the practise is common in the oil and gas industry, given employees come from across the globe.

But he warned that any expat moving to the UAE should secure the police clearance letter before they come, and also cautioned it “will cause uncertainty and a significant delay in the new visa process… at a time when companies are dealing with a difficult year and the implementation of VAT”.

Here’s our guide to the new process.

The police clearance certificate should be issued from your home country, or the country where you have lived for the past five years.

So a new expat travelling to the Emirates for work should get this from your home country before you leave.

The system varies between countries but is typically a central police force and authority.

It will need to be attested or stamped, in a similar way to a marriage certificate, by the UAE embassy in your home country. It can also be stamped by the UAE at a Ministry of Foreign Affairs and International Cooperation customer centre in the Emirates.

I’m an expat living here already – do I need a certificate if I move to a new job?

No – or at least not yet. Senior officials told The National that the primary focus is ensuring anyone coming to the UAE to work for the first time gets one.

But details are still being worked out and the situation could change.

In addition, companies may well begin asking for the certificate regardless – so it’s best to think about getting it now.

Can I get one from police in the UAE?

Yes – but you will need to have lived in the Emirates for more than five years to meet the new criteria.

Dubai Police and the Ministry of Interior both have web-based application systems.

Dubai Police’s Police Clearance Certificate can be applied for online though you may need to visit a police station. The online process is Dh220 and is non-refundable, so you are charged if you turn out not to be eligible.

The application takes a few minutes and involves entering your Emirates ID into a page and some basic personal details.

Once you have applied, you are sent a text message and email almost immediately.

Police will then either email you the letter, or ask you to visit a police station. This may be because they are missing relevant data.

The Ministry of Interior’s Clear Criminal Record Certificate can be applied for here and the process is similar. The service is said to take one working day.

I have lived in the Emirates for three years, where should I get the document from?

This isn’t clear, and it would be best to ask your new employer exactly what the visa authorities have asked them for.

It is possible you will need to present both a UAE police check and one from your home country – which could be a lengthy process – though the authorities are yet to clarify this.

I’m sponsoring my husband/wife and child, do they need certificates too?

No – the Cabinet committee tasked with introducing this has confirmed dependents do not need a background check. But, if the sponsored wife or husband began work, they may well need a clearance certificate.

In fact, most working today have one already. And government departments, public sector companies and banks typically Emiratis and expats alike for a police clearance letter already.