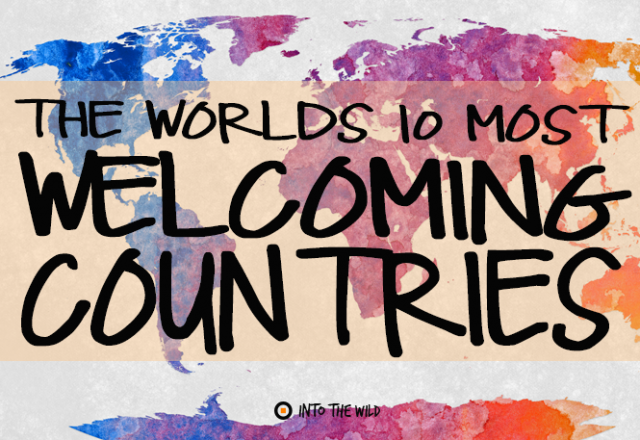 For the first time ever in the Expat Insider survey, Portugal claims the top position as the country with the friendliest attitude towards foreign residents. Additionally, expats can expect a warm welcome in Cambodia, Bahrain, Costa Rica, Oman, Colombia, Vietnam, and Canada. It seems like the friendly atmosphere may have a positive impact on the overall satisfaction with life abroad.

Portugal has climbed nine places to claim the title of the friendliest country towards foreign residents worldwide. The sunny country offers an equally warm welcome to its expats, with 36 percent of our respondents saying they felt at home straight away, nearly double the global average (19%). When asked if they would possibly stay in Portugal forever, almost half (47%) said yes.

Despite narrowly missing out on the top spot, it seems Taiwan remains a great expat destination if you’re after friendly locals and an easy move. Close to three-quarters of expats would describe the Taiwanese as welcoming people (73%), and 74 percent say that it’s easy to settle down in Taiwan.

Like Taiwan, Mexico has also dropped one place compared to 2016’s most welcoming country ranking, taking third place this year. In 2017, Mexico is the friendliest country in general, with more than nine in ten expats (93%) agreeing that Mexicans are friendly people. In terms of settling into expat life in Mexico, 80 percent think it’s easy to get used to the culture there.

Cambodia made an impressive debut placing fourth in the friendliest countries ranking. Almost every expat (96%) rates the general friendliness positively, significantly more than the global average (70%). More than eight in ten respondents regard the local population as welcoming (85%), and 83 percent agree that it’s easy to settle down in Cambodia. A further 39 percent of expats say they felt at home there straight away.

Bahrain’s position as the fifth-friendliest country for foreign residents is just part of its stellar performance in the most recent survey. The Gulf State is also considered the best expat destination overall. This year is the first that Bahrain has ranked among the ten most welcoming countries, with 86 percent of expats saying Bahrainis have a friendly attitude towards foreign residents, and 85 percent reporting general satisfaction with their life abroad. Another reason for Bahrain’s popularity might be its very international feel as it’s easy to get by without speaking the local language.

Not only did 31 percent of expats move to Costa Rica in search of a better quality of life, but they are also charmed by friendly locals who welcome them with open arms. Most respondents rate the friendly attitude towards foreign residents positively. Costa Rica also ranks first when it comes to making local friends, with 78 percent rating this aspect positively. Moreover, close to nine in ten respondents (88%) are content with their life in Costa Rica, and 81 percent feel at home in the local culture.

Oman shines with a friendly attitude towards foreign residents, coming in seventh place for the friendliest country worldwide. Expats in Oman appreciate the general friendliness among the local population and particularly towards foreign residents. With an outstanding general satisfaction rate of 83 percent, expats seem to be very happy with their life in Oman.

In Columbia, another South American country, an impressive 87 percent of respondents agree that the attitude towards expats is generally friendly. Over four in five expats (81%) think that settling down in Colombia is easy, and 62 percent think it’s easy to make local friends (compared to 59% and 42% globally, respectively). Expats in Colombia are also more likely to be mainly friends with local residents (34%).

With Vietnam coming in ninth place, it is obvious that expats feel welcome there. The friendliness towards foreign residents, rated positively by 83 percent, might have a positive impact on expats’ general well-being. However, only four out of ten expats (43%) would describe the local population as outgoing, and almost six in ten the respondents (58%) are thinking of moving back to their country of origin in the future.

Canada making it into the top 10, it appears that the general friendliness of Canadians is more than just a positive stereotype. According to 82 percent of the respondents, Canada is one of the friendliest places in general. Almost half of the respondents say they could stay indefinitely and are committed to building a life in Canada (45%). This could be due, among other reasons, to Canadians’ friendly attitude towards foreigners, which is rated positively by 81 percent of expats, far above the global average (67%).

Where Expats Feel The Least Welcome

On the opposite end of the spectrum, Kuwait firmly stays in last place for the fourth year in a row. In fact, nearly half the expats living there (46%) rate the attitude of the local population towards foreign residents negatively, which is nearly three times the global average (16%). Switzerland and Austria do not show an improved performance, either: Austria even drops five places, down to ranking second-last (64th), and Switzerland remains the third-unfriendliest country for the second consecutive year. However, with 35 percent negative ratings in Austria and 30 percent in Switzerland, they are arguably still considerably friendlier than Kuwait.