Officials in Saudi Arabia have been working on weaning the kingdom off expats in recent months.  The move comes as part of the country’s Vision 2030, a blueprint which aims to diversify Saudi Arabia’s economy and tackle its long-standing national unemployment issue, among several other goals. 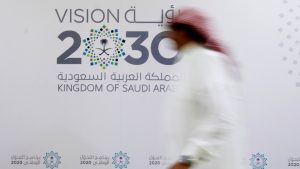 According to statistics, nine million expats live and work in the oil-rich kingdom. Here are a few moves the country has recently made in its bid to reduce reliance on their skills.

1. Reducing the validity of an expat work visa from two years to one

The decision was passed in a bid to increase employment rates among young Saudi nationals and has already taken effect.

Saudi Arabia’s first-ever expat tax went into effect on July 1st, 2017. The levy, which affects expatriates and their dependents, is to be paid annually when a residence visa is sent for renewal or when a new visa is being issued.

Set at a monthly SAR100 ($26) for each individual – a rate expected to increase gradually every year until 2020 – the new tax affects the lives of millions of non-natives living in the kingdom.

3. Ordering the public sector to fire all expat workers within three years

In 2017, the kingdom’s Ministry of Civil service asked all ministries and government departments to terminate contracts with expat workers within three years.