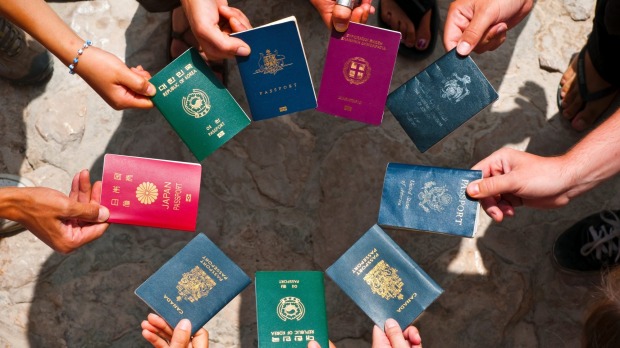 The Singaporean and Japanese passports are the most powerful in the world for 2018, an annual ranking system has revealed.

The two countries have overtaken Germany from their 2017 ranking of fourth and fifth respectively to claim the number one position in the visa restrictions index compiled by law firm Henley & Partners.

It also shows that the British passport has remained joint fourth while the USA has remained fifth in the list.

The rankings are published every year and are based on the number of countries a passport can give a person access to without the need for a visa.

The Singaporean and Japanese passports give their citizens the chance of visa-free travel to a total of 180 countries around the globe.

In second place is the German passport, which has dropped down from the top spot. Germans can travel to 179 countries without a visa.

Coming in third are the passports of France, Italy, Spain, Denmark, Finland, Sweden and South Korea. They all have visa-free access to 178 countries.

The British passport is fourth, with UK citizens able to visit 177 countries without the need for additional documentation. Last year they could visit 173 countries.

It shares the spot with Portugal, Austria, Norway, Luxembourg and the Netherlands.

Ranking jointly fifth on the index are the United States, Canada, Switzerland and Ireland, which all provide visa-free access to 176 countries.

At the other end of the table is the passport of Afghanistan, which is the least powerful. It only allows visa-free access to 24 countries.

For the second year in a row, Pakistan, Syria and Iraq are also near the bottom of the index, with each able to access 30 or fewer countries visa-free.

One of the biggest movers up the list is the United Arab Emirates, which has climbed a total of 34 places over the past 10 years.

It now provides its citizens with visa-free access to 140 destinations worldwide. The UAE has climbed to 27th place on the index after gaining entry to China and Ireland earlier this year.

Also moving up significantly are Ukraine and Georgia. They’ve taken 42nd place and 54th place following their visa liberalisation with the EU.

The rankings, by the Henley Passport Index, is based on exclusive data provided by the International Air Transport Association.

The index is updated in real-time, as and when visa-policy changes come into effect.

Hugh Morshead, member of the executive committee of Henley & Partners, said: ‘Global citizenship is on the rise, with more and more individuals seeking opportunities and experiences beyond their countries of origin.

‘Borders in certain key parts of the world may be tightening, but elsewhere access is evolving.

‘In terms of visa policies and regulations, every week we are witnessing a growing number of countries — especially outside of the West — opening up their borders to strategic partners as they seek to deepen diplomatic relationships and tap into the immense economic value that tourism, international commerce, and migration can bring.’