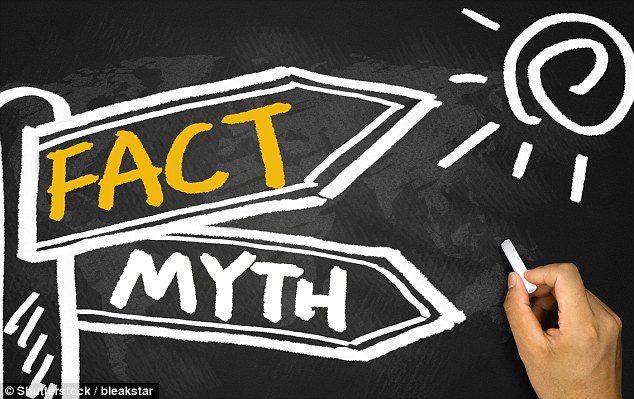 With all this tinkering it is little wonder that people are confused when it comes to properly planning for their life after work.

We hear a wide range of questions – how to get a bigger retirement pot, how flexible are the retirement rules, and what happens if I die are among the most frequent.

Here’s a list of 11 common pension misconceptions, so you can banish them from your retirement planning.

1) My property is my pension

Relying only on your home when it comes to retirement is likely to end in tears.

Few people relish leaving an area where they are comfortable, leaving a home in which they have built up a lifetime of memories, or moving to a smaller house where there is no room for the grandchildren to sleep over if they come to visit.

Experience tells us that when the time comes, people see their home as a source of retirement funding only as a last resort if they run out of money.

It is also important to cut through the dinner party gossip. In the last 10 years the average house price according to the Nationwide House Price Index has gone up around 16 per cent, compared to a 93 per cent total return from the average UK stock market fund.

2) I cannot join my company pension until I am 22

If you are employed you are only automatically joined to the company pension from the age of 22, but you can still join earlier, and providing you earn more than £490 per month your employer has to contribute too.

Starting early makes a huge difference. Someone with annual earnings of £30,000 can boost their pension by around £20,000 if they start saving at age 18 instead of 22.

Parents who are looking to give their children a helping hand can pay up to £2,880 a year into a pension for them and get a £720 boost from the taxman too.

3) I don’t earn enough to pay into a pension

With all the pressures on already stretched pay packets it is understandable that, for some, pension saving is just a step too far.

Every little helps when it comes to retirement savings and with regular payments widely available from as little as £20 per month it is possible to make a difference to your financial future by making a small tweak.

Paying an extra £20 per month from the age of 22 can boost your pension pot by nearly £22,000 by the time you hit State Pension Age.

Even people with no earnings can make contributions of up to £2,880 and benefit from a £720 tax top up.

This quirk is regularly used to pay into pensions where a husband or wife does not work, and highlights the importance of planning your finances as a family, rather than on your own.

4) If my employer goes bust, my pension is lost

It is easy to worry about the safety of your retirement savings when high profile employers like BHS, British Steel and Toys R Us hit the headlines for going bust.

Pensions benefit from huge levels of protection. If you are in a modern, flexible defined contribution pension the future success of your employer is largely irrelevant as you have your own designated pot of retirement money.

Those with a defined benefit pension, like a final salary scheme, could be affected if their employer goes bust. But there is an excellent back-up position provided by the Pension Protection Fund which provides most people – excepting some high earners – with 90 per cent of the income they would otherwise have received.

The biggest influence on your pension pot at retirement is to pay in more, or improve your investment returns, but with stretched pay packets, contributing more is often not an option.

Getting to grips with actively choosing investments in your pension can seem daunting, but many pension members are improving their retirement prospects by doing just that.

Hargreaves Lansdown research found the most popular active investment choices in workplace pensions have beaten the average default fund by an average of 4.89 per cent a year over the past five years.

Improving your returns by just 1 per cent every year could save the average person £64,000 over a lifetime of pension saving.

6) Once I start paying into a pension, I cannot stop

Committing to a regular contribution is the easiest way to grow your pension, but this can often be scary for those who do not have a regular income.

However, most pensions allow you to start, top up and amend your contributions fairly easily, so uncertainty should not be a barrier for saving for retirement.

Recent research by Hargreaves Lansdown among those working self-employed showed this to be a significant misunderstanding and the ability to be flexible was extremely desirable.

7) My pension will be lost if I die before retirement

What happens to your pension when you die depends on the type of scheme you have. Modern day defined contribution pensions will normally allow the full value of your savings to be paid to your heirs without tax if you die before age 75, and they pay income tax on it if you die after the age of 75.

Defined benefit pension schemes are a different kettle of fish. You will normally be entitled to a pension paid to your spouse or financial dependents, sometimes a pension for dependent children, and you may be entitled to a lump sum too but check the rules carefully to ensure you know how your own circumstances are catered for.

Since April 2015 annuities have become a bit part player when it comes to accessing pensions, as people opt for cash payments or remain invested and draw down from their fund to retain flexibility into their retirement.

There is no need to buy an annuity, but for those who will only sleep soundly knowing that their income is certain and not dependent on every twist and turn of the stock market, annuities still have an important role.

9) I have to take my pension all in one go

As we live longer and work until we are older, there is a huge demand to phase our way into retirement by opting to work part-time or go self-employed.

Fortunately, flexibility on the run-in to finishing work is matched by the rules of the pension system, as you can usually take as much or as little as you like from your pension.

Those who are accessing their pension whilst continuing to pay in need to be aware that taking only the tax free cash from drawdown means they can continue to pay in up to £40,000 per year, whereas accessing a cash sum where some is liable to tax brings down the amount you can contribute to £4,000, so choose carefully.

10) The state will provide for me in retirement

The new full state pension provides an income of £8,297 in 2017/18, but work by the Joseph Rowntree foundation suggests that the minimum income needed is £9,998. Fortunately with the advent of auto-enrolment few people will get to retirement with only the state pension to rely on.

11) Higher rate tax relief will be given to me automatically

Paying into a pension is straightforward for basic rate tax payers as the correct tax relief is either claimed automatically by their pension provider or sorted out by their employer. The same is not true for higher rate tax payers.

Those making contributions via their employer either by salary sacrifice or net pay will have the right tax relief claimed.

Those paying personally into a pension plan will have basic rate tax relief reclaimed automatically, but must claim the higher rate tax back from HMRC, either through their tax return or writing to them directly.

All is not lost if you have been failing to let HMRC know that you are due higher rate tax relief on your pension contributions.

It is possible to claim back higher rate tax relief up to four years after the contribution was made, meaning any missed relief from 2013/14 tax years onwards can be claimed by contacting your tax office.