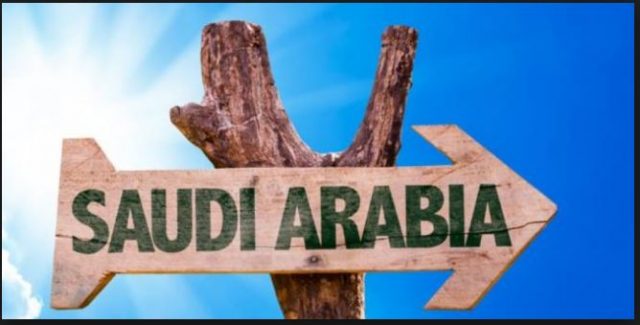 When it comes to holidaying in the Middle East, there’s a new kid on the block. From April 1, the Kingdom of Saudi Arabia, the world’s most conservative country, will start issuing tourist visas for the first time since it clamped down on visitors in 2010.

As it stands, all visitors, including pilgrims, to the Kingdom must acquire a visa to enter the country but the new electronic permits are likely to make the process simpler for travellers.

Crown Prince Mohammed Bin Salman, keen on moving the nation’s economy away from a dependence on oil, is the driving force behind Saudi’s new-found commitment to its tourism and leisure industry. The prince is supported by members of the House of Saud, including Prince Sultan bin Salman, head of the Saudi Commission for Tourism and National Heritage (SCTH).

So what does “selected basis” mean? Well, there are limitations on the availability of the visa to women. Female solo travellers over the age of 25 will be able to obtain a 30-day tourist visa, but those under 25 will have to be accompanied by a family member.

Another major hurdle for tourists considering a holiday in Saudi Arabia are the strict rules that remain in place governing women, religion (Islam) and dress, as well as a total ban on alcohol. There is also international concern over the Kingdom’s human rights record.

Witnessing the continued success of the tourism industry of neighbours Dubai and Bahrain, Prince Mohammed Bin Salman has put an ambitious plan in place that aims to attract 30 million visitors by 2030. In 2016 18 million people visited. Saudi Arabia’s Vision 2030 Plan includes the Red Sea development, scheduled to start in late 2019, with the first phase due to be completed by the end of 2022.

The Kingdom said it would include “the development of hotels and luxury residential units, as well as all logistical infrastructure – including air, land and sea transport hubs”. The 50 islands under development on the coast will be turned into luxury resorts.

Saudi Arabia’s public investment fund described the project as an “exquisite luxury resort destination established across 50 untouched natural islands”. The intention is that they will be governed by laws “on par with international standards”, meaning that women should be able to wear bikinis.

With the eradication of the driving ban in sight and the ban on cinema lifted after 35 years, it seems that change is on the horizon. Although it isn’t clear yet which of the strict Islamic laws will be exempt in the resorts.

However, the initial draw for tourists will not be the resorts, but the Kingdom’s incredible natural and historic sites. The opportunity to visit Mada’in Saleh – a Unesco-listed Nabatean settlement of rock-carved tombs similar to Petra in Jordan but without the crowds – is an exciting prospect. As is the opportunity to explore the capital of Riyadh, the Sarawat Mountains, the Red Sea and Jeddah, where Jeddah Tower – planned to be the world’s tallest building – is currently under construction.