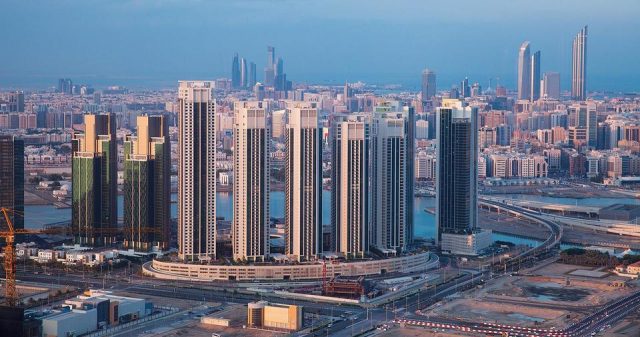 ‘Four months after rejecting a broker’s advice to slash his rent demands on a new Spanish-style villa in Dubai, the homeowner was ready to accept a 20 percent cut on the still vacant property.’

More landlords are accepting that they have to lower their sights, and for every one still holding out for a long-anticipated market rebound, plenty of others are willing to take what they can right now.

Dubai has seen predictions of a property rebound miss the mark again and again over the last two years. Optimism about a recovery in 2017 has given way to quiet resignation that the slump may persist for two to three years after oil price increases, key to the Persian Gulf sheikhdom’s economy, failed to spark an expected jobs boost.

“The amount of property bought for investment purposes and now listed on the secondary market is quite substantial,’’ said Mohammad Kamal at Arqaam Capital Ltd., one of many analysts who had expected a big pickup in home ownership demand last year. “That suggests that buying right now won’t result in a resale later and that’s keeping people away.’’

Residential rents fell 10 percent to 15 percent last year, according to various estimates, while selling prices declined at a slower pace. A recovery isn’t likely before 2020, when Dubai is set to host the World Expo, S&P Global Ratings said in a report in February.

Transactions of completed homes last year were 24 percent below the 10-year average, according to Phidar Advisory. Despite developers’ attempts to delay the delivery of properties already sold, supply growth is outpacing demand for rentals. Less than half of the properties sold in advance by developers were delivered in the three years through 2017.

“After a bad 2016, the hope was that the economic situation would get better,’’ said Sanyalak Manibhandu, an Abu Dhabi-based equities analyst at Fab Securities LLC. “The macro situation didn’t get any better and the oil price improvement didn’t feed through to the rest of the economy.’’

There are no predictions that the slump will resemble the city’s property crash a decade ago. Policy makers have since restricted mortgage lending and forced buyers to commit more hard cash up front since then, helping cushion the market from a drop. Still, sales of homes ahead of construction fell 36 percent in January from a year earlier.

Local residents, who helped lift Dubai from a crash fueled by buyers from abroad, are holding off on purchases as they wait for prices to hit bottom. Foreign investors from Russia to Saudi Arabia are also being deterred by unfavorable currency movements, austerity measures at home and concerns about political risks that surfaced after a spat with Qatar chipped away at the Gulf’s status as a beacon of stability in a tumultuous region.

Dubai developers still enjoy profit margins that would be envied by their global peers, mostly because they can use free or cheap land provided by the state. However even that will come under pressure as local buyers balk at the kind of prices that had been readily paid by foreign investors.

London house prices drop at the fastest pace since 2009